This Virtual Workshop was held on September 2, 2020

Breaking Down the Boundaries: Actors and Directors

-presented by Marco DiGeorge (Click below for the audio archive)

Note: The workshop audio archive is a partial recording of the original presentation.

Marco DiGeorge has a love for teaching and the arts which has led him to the various endeavors he is involved with today, including Co-Founder and Teacher at Truthful Acting Studios, Adjunct Professor in the Film Department at UCF, one of the founding members and Artistic Director of Theater On The Edge, Producer at Doctrine Creative, and father of five.

After an amazing experience producing and directing several shows at Theater On The Edge, Marco has also recently been back on stage as an actor, portraying the unhinged and provocative radio host Barry Champlain in the acclaimed show Talk Radio.

Marco is also privileged to be working side-by-side with his amazing wife, Samantha, who is the set-designer for Theater On The Edge, and Director of Operations at Truthful Acting.

This is an archived workshop page. Workshop #3 in this series. (Previous live Workshops were not recorded).

How to Light Your Scene for Mood

The Filmmaker Workshop Series
This Workshop is Hosted by 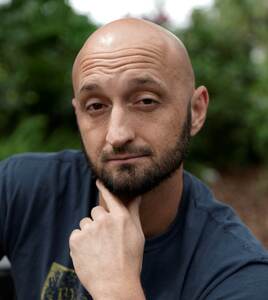 Trent Duncan is an award winning Filmmaker and Navy Veteran. Graduating from Valencia’s Film Program in 2002, Trent has spent many years becoming very diverse in all the fundamental aspects of filmmaking.

Trent has held many production roles on various short and feature length films in addition to teaching filmmaking at two accredited institutions. Versed in the scifi and horror genres, Trent’s Epic Horror Battles on Youtube have tallied over 40 million views and almost 200,000 subscribers.

Although Trent enjoys the many aspects of film production, much of his passion lies in Cinematography and Lighting.

Trent brings his years of on-set and on-the-couch movie going experience to this OIF workshop.

In the workshop, Trent will talk about the various tips, tricks, and professional ways to light your next movie scenes and achieve the desired mood you are looking for.

The Q&A session has been removed for brevity and to respect the privacy of the workshop’s participants.

As part of our mission to help educate and inform filmmakers, we periodically offer online workshops, courses and tips so our community members may practice and improve their crafts.

Exchanging knowledge and experience is one way we help achieve our mission goals.

Be sure to visit our Calendar to view other posted events.

Join us for our next online workshop on August 12 at 8:00pm via Zoom.
Visit our Workshops page for more info.